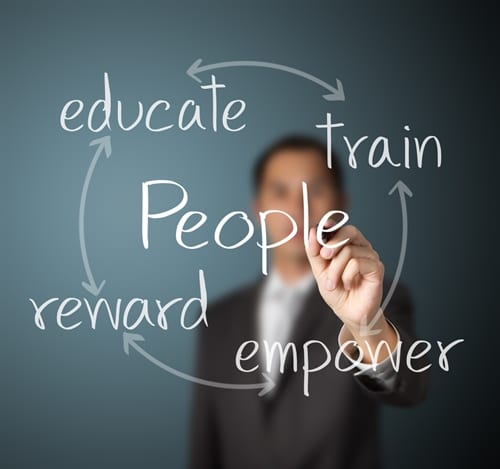 Why Smart Companies are Investing in Development

Most company leaders and HR managers recognize that there is substantial value to developing internal talent, particularly in the face of a recovering economy, a skills gap and furthermore, a competitive marketplace. The fact is that training is not a one-time procedure, it’s an ongoing process – and firms that realize that may be able to gain a considerable advantage. This is especially imperative as certain specialized skills both rise in demand and become more and more difficult to find. Fortunately, new studies reveal that an increasing number of organizations in every industry are allocating more funds toward leadership and development programs, as well as other training initiatives. This trend can prove beneficial not only to employers, but also to existing staff.

A positive outlook
According to TLNT, a recent report from Bersin by Deloitte indicated that investment in employee development is becoming a priority. In fact, training budgets were 15 percent higher in 2013 than the year before – the most significant growth in his area of the budget in the last seven years. TLNT noted that these initiatives will likely get even more investments as the economy improves. It’s not just short-term training that companies are emphasizing, either. The news source revealed that firms are spending the most on the leadership development portion of these budgets, with an average of 35 cents on each training dollar going toward this aspect. This makes sense as the Deloitte study found that more than 60 percent of all organizations reported leadership gaps are a primary challenge.

So why are firms focusing their efforts on these programs now? TLNT pointed out that if organizations can bolster the skill sets of existing employees, they won’t be as dependent on the marketplace in the coming years. Not only that, but the news outlet explained that by continuing to prepare future leaders in-house, particularly with younger workers, businesses may be able to prevent an early talent shortage.

Cutting costs
There’s another reason why companies may want to invest in their staff’s development. UVM Brainwaves reported that according to the National Association of Colleges and Employers, the average cost-per-hire for a medium-to-large firm is more than $5,100, and it’s a whopping $7,600 for companies with less than 500 employees. What’s more concerning is that more than 30 percent of those hires will leave within five years, and 8 percent will head elsewhere after just one year. The recruitment and onboarding processes are expensive for a company of any size, which is why retaining and developing existing talent is a great way to boost the bottom line.

“When you invest in your employees, not only do you save money on the cost of replacing employees because they stay with you, but they also are happier and they serve your customers better,” Tracey Maurer, director of new business development for the University of Vermont’s Center for Leadership and Innovation, told the blog. “And that means more profits for your business.”

Maurer explained that there are plenty of ways to invest in employees, from paid volunteer days to funding graduate studies. Firms can even leverage online training software to help strengthen their staff members’ skills, or create online courses in areas of interest.