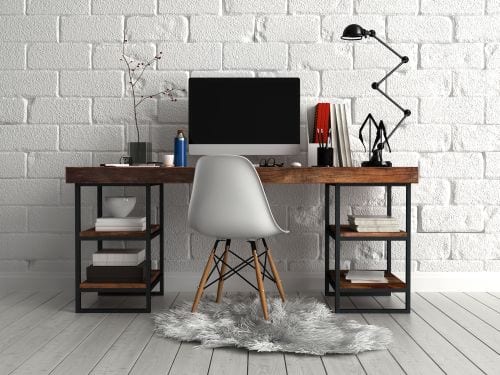 Should Your Company Ban Employee Homeworking?

By Sep Barkhodaee
Published on January 30, 2014

Most of you will have been aware of the controversy caused this year when Marissa Meyer swept into her new role as CEO of Yahoo and immediately banned homeworking as it wasn’t working for them. What with Yahoo being one of the most well known and followed employer brands in the world, this controversial move generated a huge amount of publicity and caused HR and businesses to do their own soul searching to ask the question, does homeworking actually work or is it failing the business just like at Yahoo?
Yahoo’s finding that telecommuting policies could be poorly implemented was not an isolated incident. There were clues that there might be some cracks in the telecommuting paradigm when a study by Citrix in late 2012 of 1,000 office workers revealed that there were serious productivity issues occurring with homeworkers. Yes, their surveys revealed that 43% of homeworkers watch TV when they should be working, with 35% doing house hold chores, 28 per cent cooking dinner, 26% taking naps, 24% working and 20% playing video games.

Perhaps Yahoo had a point. Is the homeworking paradigm defunct? No, not at all. One study from Stanford University has shown that homeworkers are actually more productive than equivalent staff working in the office.  But, this one study alone can’t be expected to justify the whole homeworking paradigm can it? Certainly not, as the most over-whelming evidence for the effectiveness of  homeworking comes from the evidence of the millions of contractors all over the world who work at home in their home offices for blue chip clients. Freelance telecommuting is a massive world wide staple industry of reliable, effective workers.

So, the answer to the question of whether you should ban homeworking is a resounding “no”, because not only does it work as evidenced by studies and 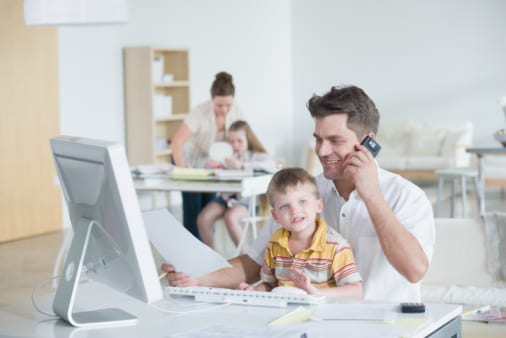 the freelance homeworking industry, offering home working will make you more attractive as an employer, making it easier for you to attract top talent.

However, although homeworking should not be banned, the implementation of homeworking may need to change. Because the reason that self employed homeworking succeeds is because most of those employees are on pay for performance contracts. This means that if they don’t deliver as required, they won’t be paid, will get a bad reputation and quickly go out of business. This is a powerful motivator to work effectively at home in the absence of management hierarchy, and one which is largely absent in the normal corporate homeworking environment. Yes, in normal corporate homeworking employees continue to work on their hourly contracts and receive pay irrespective of their productivity or output. This is wrong.

In order to make homeworking work in modern corporate environments employers should be adjusting homeworking contracts to include a much larger pay for results element, just like with freelancers who work from home. This will create the appropriate incentive for homeworkers to work harder and smarter when they are home. The exact balance between pay for performance and pay for hours is for each company to establish for themselves, but it is vital that you begin to introduce a significant pay for performance element if you are to ensure that you engage in effective homeworking.

One response to “Should Your Company Ban Employee Homeworking?”