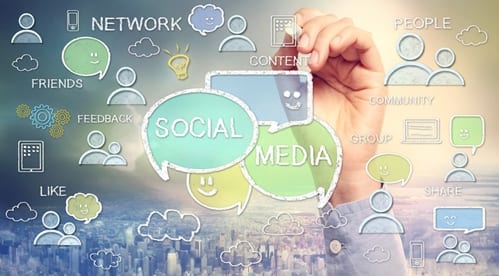 Social media is risky territory for any company. While these channels provide a valuable opportunity to build awareness of a brand, they also offer the chance to ruin its reputation. Many employers are aware of the potential pitfalls that can result from one bad tweet or Facebook post from a staff member, but not a lot of them may be aware of the immense positive impact that employees can cause by engaging on these sites.

A recent study conducted by Weber Shandwick revealed a rise in “employee activism,” which if harnessed properly, could give firms a significant competitive edge. Staff members that engage in this trend tend to act as brand advocates, defending and drawing positive attention to their companies. In fact, 1 in 5 workers could already be considered an employee activist and 33 percent have high potential to take on this role. So how can your organization take advantage of this trend?

What is employee activism?
First, it’s important to define the behaviors that are tied to employee activism. Weber Shandwick’s study found that half of respondents had shared something on social sites related to their employers, and 33 percent did so with no guidance from their bosses. More specifically, half of the survey participants had posted messages, pictures of videos on social media about their employer and 39 percent had shared praise or positive comments about their company. So if staff members are already engaging on these networks about their companies without their bosses encouraging them to do so, imagine the possibilities if employers were to promote this kind of activity.

“The employee activist movement should not be underestimated,” said Micho Spring, Weber Shandwick’s Global Corporate practice chair. “Identifying and activating employees willing to rise to levels of extraordinary support for their organizations should certainly be an important priority for CEOs.”

How can employers fuel this trend?
As employers realize the potential benefits of building employee activism, the first question will inevitably be: what drives this behavior? According to Weber Shandwick’s research, leadership and internal communication are two of the most important factors fueling this trend. While more than half of staff members reported that they had defended their employer from third-party criticism, only 17 percent would give their leaders a high rating for communication. Managers received a slightly higher mark in this regard – 31 percent – but clearly, employees are not being well supported in their efforts. Considering the power that they have to protect a brand’s reputation on social sites, it’s crucial for firms to find ways to encourage their activism. More effective communication from the top down is the first step to improving these initiatives.

Additionally, only one-third of employers said that they encourage their staff to share news or information about the company on social networks. However, 72 percent of employees with socially-encouraging bosses are likely to help boost company sales, as opposed to 48 percent of those whose employers don’t support these efforts.

Businesses that want to encourage employee activism should provide staff members with the right tools and information. Online training programs and coaching sessions, for example, can help them to learn the best ways to use social media for positive buzz about the brand.