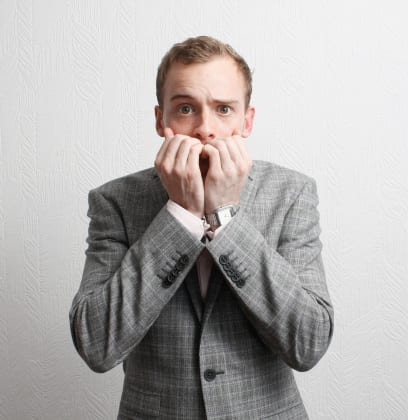 Why Recruiters Should Not be Put Off by Nervous Candidates

By Sep Barkhodaee
Published on September 18, 2013

Creating a strong impression during an interview is not just about what candidates say, but, its also about the way that candidates say it. Recruiters and hiring managers don’t just expect candidates to give the correct answers, they expect candidates to respond and behave in a way showing confidence and conviction, e.g. firm handshakes, good eye contact, enunciated speech and being generally quite forward. The problem is that, quite simply, not everyone is built that way.  A large proportion of the population may be more quiet, introverted and less assuming and  come across as nervous. These nervous candidates often come across badly and may score poorly in the interview as a result.

The problem is that just because a candidate is nervous, it does not mean they will be a bad employee; in fact, they can go on to be an excellent employee. This means there is a real issue in that hiring processes tend to be bias towards the more extrovert and outwardly confident and bias against the more quiet and nervous applicants.

But, your hiring managers should be trained to see beyond this prejudice as there are three studies which show that nervous, more introverted candidates can actually perform better than extroverts in many business contexts.

For example, a study by Adam Grant from Wharton Business School compared the performance of a group of  340 introvert and extrovert sales people. Surprisingly, the extroverts – thought to be the ideal sales personality – performed the worst, earning 24 percent less than introverts.

Another study by Corine Bendersky from UCLA’s school of management looked at a group of introvert and extrovert MBA students and looked at the perceived status levels relative to each other. As you might imagine, those MBA students seen to be more extrovert were considered to be of higher status and they were expected to make a bigger contribution to the group efforts, while the quieter, more introverted and more nervous ones were viewed as lower status and were expected to make a much smaller contribution.

In a second similar study, Corinne showed that extroverts failed to meet initial performance expectations in a team environment whereas the quieter introverts exceeded original expectations.

Of course, we are not suggesting that you hire a team composed entirely of introverts, as it is important to get a balance of personalities that will best enable the team to reach its goals.