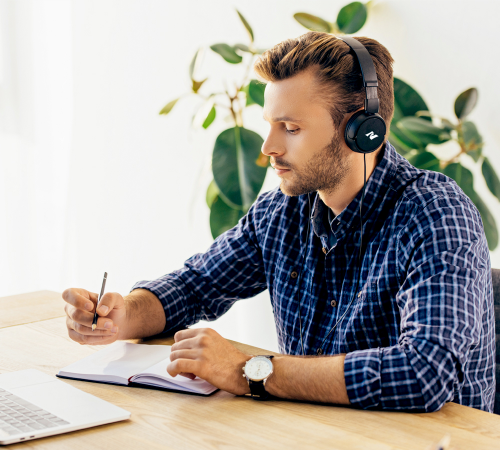 10 Benefits of Incorporating Classical Music Into Your Work Day

Here are some ways Mozart and Vivaldi could help you become sharper, healthier, and even get a better night’s rest.

Listening to Mozart can actually help improve your memory. According to a study by the Daily Mail, individuals that listened to Mozart’s music showed an increase in brain wave activity, which is linked directly to memory. If you ever need to memorize a speech or a presentation, have some Mozart playing in the background while you practice.

Need to get the creative juices flowing? Listen to some classical music. Now, listening to classical music might not make you immediately creative, but it will help move you into a more creative mindset. The next time you are brainstorming, listen to some Bach or Mozart to get your gears moving.

Another study by the Daily Mail, found that pregnant women who listened to classical music were less likely to feel stressed out. Scientists claim the tempo of classical music is similar to the human heart, which eased depression and anxiety. If you are feeling particularly stressed, try to unwind while listening to some classical tunes.

A French study found that students who tuned in to a lecture in which classical music was played as background music, scored higher on a test compared to other students that did not. If you have a project or exam coming up, try that out to help boost your brainpower.

When we are having trouble falling asleep, many of us are guilty of squeezing in another episode of a Netflix binge worthy series. A study shows people with sleep issues that listened to classical music for just 45 minutes prior to going to bed, had improved sleep quality. So instead of another episode of Game of Thrones or The Vanishing at The Cecil Hotel, put on some classical music while you get ready for bed.

A study showed that music can help put people in a better mood. Listening to classical music can help you get out of a bad mood. It increases dopamine secretion, which then activates the brain’s reward and pleasure center.

Monday mornings can sometimes be such a drag. Implementing classical music into your day can help boost your productivity. A series of studies have proven that classical music can make repetitive tasks seem more enjoyable. A study by the University of Maryland found that Baroque classical music helped improve radiologists’ efficiency and accuracy.