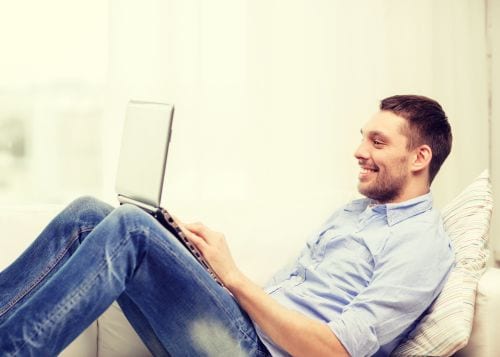 Is Working at Home a Productivity Solution?

As more and more companies seek solutions to sagging productivity and disengaged employees, some are finding the answers where they were least inclined to look: in the employees’ home.

Contrary to the long-held belief that the employee operating outside of the boss’s eye will slack off and do less, the at-home employee does more work, is less inclined to quit, and reports they are happier on the job than those in the actual workplace.

A 2014 study completed at Stanford University concluded that companies concerned about productivity may find the answer in moving more employees out of the traditional work space and into their home offices.

In the study, employees working at a call center were given a chance to work from home. Those who accepted that option made 13.5 percent more calls over a nine month period. Nine per cent of that productivity increase came from the employees working more minutes per shift (they actually took fewer breaks) and 4 percent came from employees saying they could get more done in a quieter and more convenient work environment.

The call center employees had been randomly assigned to work either in their home or at the office. At the end of the study period, they were allowed to re-select where they wanted to work, and half of the office workers switched to working at home.

One negative aspect of working at home was that the promotion rate conditional on performance fell for those at home. Was it a case of “out of sight. out of mind?” Follow-up studies will look at that with an eye to determining the reason.

The study, called “Does Working From Home Work?” (Bloom, Liang, Roberts and Ying) made it clear that working from home does not equate with shirking from home as many employees fear.

It is also good news for the growing number of companies who are finding economy by moving employees out of work-spaces and into home offices. Currently in the United States, the number of people who work from home has more than tripled in the last 30 years.

For more information on how you can train your employees to effectively work from home, contact SkyPrep!