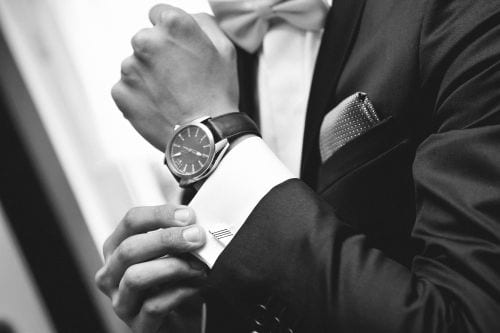 The Challenge of Wearables in the Workplace

Wearables in the workplace, including everything from smart watches to fitness monitors to smart glasses, are growing in popularity and have potential for enhanced efficiency, safety and productivity in the workforce.

Admittedly, in many workplaces it has long been standard procedure for certain workers to wear headsets, smart badges for security reasons and specialized uniforms, but the trend toward wearable technology and the range of gadgets is increasing rapidly.

People working in the health and fitness industries were among the first to embrace the growth of this technology. For example, Medifast and Fitbit have partnered as have Weight Watchers and Nutrisystem to create apps for tracking nutrition, weight, sleep patterns and other body signs useful in helping people effectively lose weight.

When Medifast first announced partnership, the company said simply that they were responding to scientific studies that showed people who track their food and exercise and use a journal lose weight more effectively than people who don’t.

The creation of wearables is already a $3 billion industry with about 10 million devices. This year alone, about four million pairs of smart glasses are expected to be sold. (These are devices like smartphones but they can be worn instead of held.)

HR professionals are among those reaching for smart glasses. They can take cover letters, applications and resumes as well as hiring forms with them when they go on recruitment missions, without being over-burdened with paper. They will be able to collaborate with colleagues from hiring sites and even send candidate files back within seconds. Managers who could not attend could still ask questions.

From an HR perspective, wearables could also be highly effective in orienting and training new employees. Introductions, initial training and orientation could all be pre-loaded into a wearable along with software for facial recognition to allow new employees to instantly be able to know people’s names and feel at ease.

Health and fitness monitors could be used to invigorate rewards schemes for companies working to encourage participation in wellness programs.

However, as valuable as wearables in the workplace can be, human resources departments will also be faced with the challenge of handling privacy issues and security concerns as the use of the technology infiltrates their organizations. So far, studies conducted for the Workforce Institute for the human resources services firm Kronos showed that 72 percent of students in the US workplace and 48 percent of full-time workers saw benefits to the new technology.