Failure To Offer Training Can Be Considered Discrimination 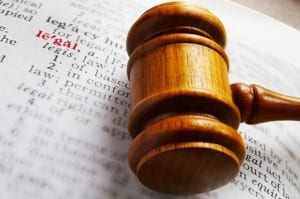 It’s obvious that training your employees throughout their time with your company is beneficial. By proxy, failure to provide options for learning can negatively impact the business when industries evolve, new skills become necessary or tenured and experienced employees retire. However, did you know that lacking training opportunities can become a legal matter in court for companies?

Legal Details
According to Human Resource Executive Online, the 6th Circuit Court of Appeals deemed failure to train employees equally as a discriminatory action. However, this specific case pertained to training that would result in a promotion and raise.

Charles Reed worked for Procter & Gamble for 14 years as a technician in a Pringles plant. In the first seven years of his employment with the company, Reed was awarded several promotions. It was the responsibility of the employees to decide if they wanted to continue working toward higher levels of promotion and create a plan for advancement with their supervisors.

According to the source, Reed attended meetings to discuss his qualifications and gaps in necessary skills to be promoted further. Although he was approved to train for the position from 2005 to 2009, Reed felt supervisors were prioritizing other employees over him. He said his work plan was put on hold to make time for training his colleagues who were less eager to move up the ladder. In the 6th Circuit, which covers Michigan, Kentucky, Ohio and Tennessee, the case of Charles E. Reed v. Procter & Gamble Manufacturing Company ultimately found that failure to equally train is actionable because it leads to discrimination for promotions.

Information about employee rights
The Equality and Human Rights Commission compiled information on the rights to equality for employees, particularly in regards to training, development, promotion and transfer. According to the document, training has to be offered on equal terms. The types of education that fall under the training umbrella include workshops, mentoring, conferences, projects, job shadowing, elearning and on-the-job training.

Although you can set limits for an advancement based on tenure or age, in specific circumstances, that’s about it. It’s not legal to assume a person won’t be interested in the training session or potential promotion. Additionally, employers should make the training process flexible so opportunities aren’t limited by an employees schedule. With Online training software and learning management systems, staff can access educational materials and quizzes from any device that has Internet connectivity.

Any cookies that may not be particularly necessary for the website to function and is used specifically to collect user personal data via analytics, ads, other embedded contents are termed as non-necessary cookies. It is mandatory to procure user consent prior to running these cookies on your website.

Get the latest in tips, information on eLearning, training and HR best practices from the experts, and sign up for our newsletter!