Study Shows Majority of Employees Use Social Media at Work 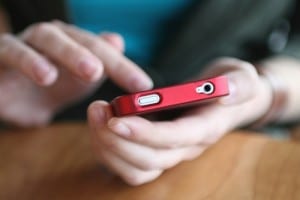 If there’s one thing that businesses have a love-hate relationship with, it’s social media. While these sites provide valuable opportunities to connect with consumers and generate awareness about a brand, they can also present some risks, as well. Often, employees may engage on Facebook, Twitter and LinkedIn at the office for reasons unrelated to their job. In fact, a new study by the law firm William Fry found that employees spend an average of 39 minutes every work day on these channels. On the plus side, this is a decrease from the average of 56 minutes in 2013. Still, with 59 percent of employees accessing these sites on company time, it’s clear that companies need to face up to the problem at hand.

“How social media affects the workplace is an issue that employers need to consider and deal with,” said Catherine O’Flynn, partner in William Fry’s Employment & Benefits Department. “Having a social media policy and instilling best social media practice within their organization is hugely important. Litigation in this area is increasing and employers need to be best placed to protect their assets, their brand and their reputation from potential damage.”

Potential advantages
Some firms may be tempted to try and prevent staff members from logging onto social sites in the workplace entirely. However, CNN asserted that banning these channels isn’t just unrealistic – it’s impossible. Instead, the source advised embracing social media, calling it “the new coffee break.” The news outlet explained that multitasking is natural in today’s digital and hyper-connected world, and in fact, can make employees more creative – not less productive. For example, Twitter gives individuals access to news stories that might have gone unnoticed, LinkedIn offers a wealth of networking opportunities and Facebook can lend a competitive marketing mindset.

Another report from David Maxfield and Mike Rognlien also revealed that social media has value in the workplace. Fox Business revealed that their study found three in five workers say social media has allowed them to build stronger relationships at work, and another one in three respondents claimed that they’ve used these platforms to make progress on work-related projects. Maxfield noted that sites like Facebook and Yammer can facilitate collaboration, even in situations where it might typically be challenging, such as with remote employees.

While it should go without saying that a social media policy is crucial for keeping staff members’ Internet behavior in line, a surprising 58 percent of organizations don’t have one, according to William Fry’s research. More concerning is the fact that of the 42 percent that do have one of these policies in place, only 54 percent of the employees at those companies have actually read through the terms. Moreover, just over half of the workers admit they actually understand them.

It’s imperative that employees are well aware of what behavior is and isn’t acceptable on these sites. One way to do this is to create online courses about proper social media engagement. Fox Business reported that according to Maxfield and Rognlien’s study, only 25 percent of businesses have conducted formal training on how to use social media in the workplace. Coaching staff members on the dos and don’t’s of interacting on social channels will prevent them from accidentally slipping up and potentially compromising the company’s success. Additionally, companies can quiz employees on aspects of the social media policy, keeping track of their results within a learning management system to ensure that they fully comprehend what is expected of them.