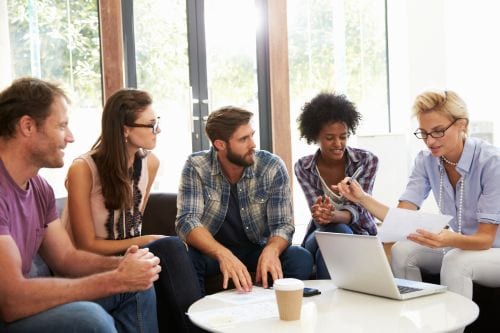 Why Diversity Training Has Become An HR Priority

All human resources departments sooner or later are charged with delivering diversity training to employees. In the past, it was something that was sandwiched in almost as an afterthought, after the really “serious” things like task-training, efficiency training, and leadership training were completed.

The changing complexity of today’s workforce has changed all that and diversity training has moved into priority position. Companies who allow people of different ethnic, racial or gender backgrounds to be teased, discriminated against, or even just made to feel uncomfortable can face stern recriminations in federal and state courts.

Failure to train staff to ensure that all workers operate in an environment of comfort and safety, and all clients and service providers of a business experience the same courtesy, is the foundation of an effective diversity program.

The issue has been moved from back burner to front because the United States has become one of the most culturally diverse nations in the world. Currently more than 41 million immigrants make their home in the U.S.

According to the United States Census Bureau, the racial minority of the country in 2012 reached an estimated 116.2 million, which translates as 37 percent of the total population. That is a substantial increase over a decade ago when it was 31 percent.

Nor is diversity going to lessen in the years to go. In fact, the Bureau projects that by 2060, minorities will comprise 57 percent of the total United States population.

Teaching employees how to understand each other’s differences is important to help teams function smoothly and encourage all employees to move in one direction.

The focus of all diversity training should center on acceptance without judgement and respect for differences.

Done properly, it will educate all employees to develop a real understanding of the uniqueness of individuals and their cultures and how these differences can help us build a stronger, more effective teams.

There are a number of excellent diversity courses designed specifically for one industry or another. For a great general overview, there is also an app called diversityDNA. This is a mini training program done video style that stresses that cultural competency is essential within the workplace. It provides insights into how cultural differences can impact a workplace and how people behave within it.

It reminds workers that within each person there is a unique cultural DNA since we are all the cultural products of our childhood, our training and our place of birth.