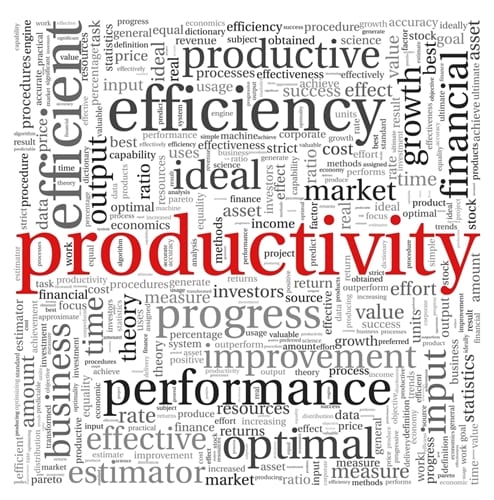 How HR Can Heighten Productivity

HR’s role doesn’t stop once the talent is hired and the training sessions come to a close – it’s an integral part of its function to help maintain productivity in the office as well. Unfortunately, as ERE noted, many HR departments don’t attack the issue of increasing workplace productivity with the gusto required to be as effective as possible.

Hacking your workplace for improved productivity doesn’t have to be a daunting affair requiring a massive overhaul. There are many tricks and tools that can be implemented, from training software to more lo-fi solutions, that can help your entire office achieve better performance and results.

Agile and flexible training solutions
Gone are the days when employees received a single classroom training session at the start of their tenure with a company. In today’s modern workplace, the challenges employees must face are constantly evolving, and so too much of their training. As markets become more globalized and companies expand, management and HR will come to rely more and more on solutions that enable them to share information on a broad and rapidly changing scale.

The need to adopt training solutions that are flexible and can be rapidly updated lends itself to the shift toward online training software and cloud-based courses. Elearning software and Web-based training such as MOOCs – massive open online courses – have the benefit of being much more widely accessible, as they can be accessed from anywhere with an Internet connection. Additionally, many allow for employee self-direction, which Human Resource Executive Online explained can result in much more efficient training, as workers can customize their learning experience to the specific knowledge they need to acquire. The modular nature of such learning management systems also benefits HR, as materials can be updated on an individual, bite-sized basis, rather than requiring an overhaul to the entire training program.

Keep it social
Once hired, employees are going to be spending the majority of their days working alongside their co-workers – wouldn’t it make sense to extend this collaborative spirit to training and onboarding as well? As one blogger writing for Wired pointed out, combining mobile or Web-based tools with direct social involvement from more senior co-workers can greatly enhance the onboarding process.

Wired recommended adding an element of gamification to new-hire orientation, through such programs as a mobile app-guided tour of the office, complete with scavenger hunt-like tasks. Similar recognition could also be awarded to more senior employees who engage in tasks such as taking a new co-worker to lunch, or something as trivial as directing them to a meeting room. Such an initiative can foster the friendly culture of the office, strengthening the existing social relationships and forming new ones. More importantly, it’s good for company productivity, as it can greatly reduce the amount of time it takes for a new hire to clear the orientation hurdle and get down to work.

Revamp meeting spaces
The office space itself plays a pivotal role in overall company productivity, so don’t be afraid to implement a few basic changes to give employees the extra brain boost. Recent studies have been challenging the traditional paradigm with encouraging results. One such study, from Washington University’s Olin Business School in St. Louis, Missouri, examined the effect on productivity of something as simple as standing rather than sitting during meetings. As HRE Online reported, results found that the less sedentary groups were, the more effective they were at tackling challenges.

This rationale is starting to gain traction in companies, as employers are experimenting with more ways to get staff up and moving more to churn their brains. Standing and walking meetings have been explored, as well as other unconventional structures like group huddles.

One response to “How HR Can Heighten Productivity”