The Future of Elearning Looks Bright 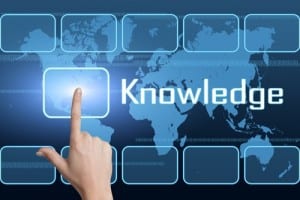 Since the early 2000s, the elearning industry has demonstrated impressive growth – and this trend shows no sign of slowing down. As individuals become dependent on their computers to digest material, digital courses provide a valuable opportunity to appeal to this gadget-friendly learning style. Additionally, the workforce has become increasingly geographically distributed in the face of globalization, and elearning software allows for the convenient distribution of information. As schools and businesses look to expand knowledge despite any obstacles from physical location, elearning offers a unique solution. So what does the future hold for this industry?

A digital revolution
According to an infographic from MindTickle, $35.6 billion was spent on elearning worldwide in 2011. Today, approximately $55.2 billion is spent on these initiatives, and by 2015, MindTickle expects that amount to double. Elearning adoption won’t stop there –  in fact,  it’s expected to grow at an average rate of 23 percent through 2017. A recent report by GIA supports these claims, revealing that the global market for elearning will be worth more than $230 billion by 2020. Why the shift toward online education? GIA cited certain technology-related developments, such as the proliferation of mobile devices, improvements in broadband Internet and the rise of cloud computing, as causes for the trend.

A range of advantages
However, there are other aspects to consider. GIA noted that elearning is a cost-effective alternative for many schools and businesses. Companies that create online courses using learning management systems not only make material more accessible and convenient, but GIA pointed out that it can also make education more engaging with the use of graphics, video and other visual elements. It’s also more efficient: MindTickle revealed that it takes between 40 and 60 percent less time for a person to learn digital material than when the same information is provided in a traditional setting. Moreover, the source’s data showed that elearning users absorbed five times the information, despite the fact that companies didn’t spend any extra time on training.

Not only are businesses saving money – they’re making more with elearning. According to MindTickle’s infographic, IBM found that firms can reap $30 in productivity gains for every $1 they spend on these initiatives – which may be why 40 percent of fortune 500 companies are leveraging a form of online training. The source noted that employee retention rates can increase by 25 to 60 percent with the use of elearning, mainly because participants are able to revisit certain materials to ensure they’re fully trained for their respective role.