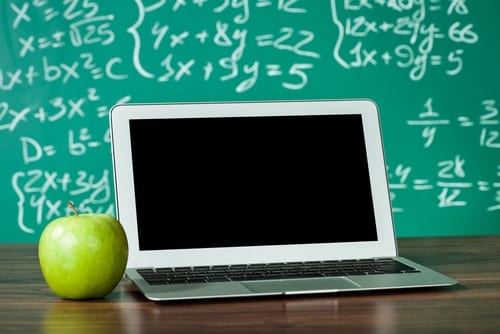 Snow days may seem exciting in the beginning of winter, but the reality is that they tack on more days at the end of the academic year. As more education systems look to prevent these makeup days from shortening summer vacation, elearning software poses a promising solution. Many districts are embracing these technologies to ensure that learning doesn’t stop just because of a storm. With the right learning management system, elementary schools to colleges and universities can provide their students with course materials and even tests, regardless of where they are – all that’s needed is an Internet connection. Considering that this was a particularly harsh winter, with many areas seeing more snowfall than normal, these elearning initiatives are especially well-timed.

Testing the digital waters
As the New York Times reported, some school districts, such as the Pascack Valley Regional High School District in New Jersey, have even tried replacing snow days with virtual learning days. The school began experimenting with this idea after Hurricane Sandy disrupted the academic year in 2012, and both teachers and students have responded positively to the concept. In fact, Tina Marchiano, who teaches English at Pascack Valley High School in Hillsdale, believes that some students get more out of online learning than a traditional classroom setting. In addition, students admitted that they would rather get their work done from home during a storm and avoid a makeup day during spring vacation – or worse – have to spend part of summer in the classroom.

Advantages for all
Ohio schools are following suit. According to Education Week, a law recently went into effect that allows schools to replace up to three days impacted by a calamity with elearning days. Meanwhile, WSBT.com reported that Indiana’s Department of Education just approved an elearning plan that will minimize negative impact from snow days. Parents told the news source that this initiative may help students to segue more seamlessly into junior high and high school, where online tasks and assignments are more common. This elearning initiative could also give students a competitive edge down the line, as more employers are looking for individuals who are tech-savvy. ‎Penn-Harris-Madison School Corporation Superintendent Jerry Thacker explained that if the program is successful, it could potentially be applied to help students who are falling behind get some convenient extra help, as well as allow advanced students to work ahead from home.

“We see that the potential is there for this to grow,” American Association of School Administrators Executive Director Dan Domenech told USA Today. “Today, not many schools are doing it. In 10 years, that number will change dramatically. Learning will eventually be able to take place anywhere – not just inside a school building.”